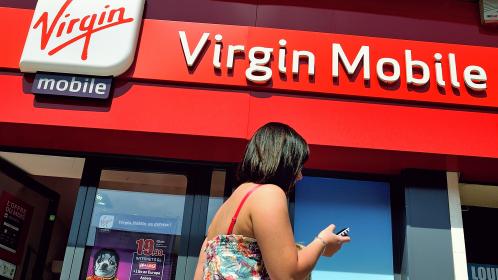 I was on holiday when my RBS private banking Black account and my instant saver were frozen.

The Black account requires a yearly salary of £100,000 on deposit. I have a balance of about £8,000 and about £105,000 in my saver account. I phoned RBS on a Wednesday night from Kefalonia and was told to call back the next day.

I did, from the airport, and was again told no information was available. Obviously this caused me some anguish and I asked if my balances were still intact or if I had been a victim of cybertheft. I was told I would have to wait for a letter.

On returning home I went in to my RBS branch and was told that the letter would take seven days. I explained I was leaving the country again to go to Barcelona for at least a week and needed money.
Michael Clifford Hill, Stockport

Michael has received a letter from RBS saying that a standing order of £15 — his son’s pocket money — has not been paid and he would be charged for this. He says: “I’m incredulous that the bank can send me a fee letter, but not a reason for my account’s suspension.”

His initial thoughts are that his “gaming lifestyle” is to blame. Michael was a betting shop owner from 1989 until 2011, when he sold it to Coral bookmakers. Since then he has been an investment property owner and professional poker player.

He says: “I know other people have been subject to account closures, but in such cases a 60-day notice is usually served. I have no tax or debt issues and my accounts are presented each year by a chartered accountant. I have no criminal history.”

Banks are within their rights to “dump” customers whenever they want and, like a bad boyfriend, they are under no obligation to give an explanation as to why. However, they ought to give you a decent notice period, usually 30 days, with access to your account to move your money and set up elsewhere. Sometimes, says the financial ombudsman service, banks may freeze your account for an indefinite period with no notice over fears of improper usage, fraud, or money laundering, and again, no reason needs to be given.

RBS would not say anything more to me about this case and the letter sent to Michael read: “The accounts have been frozen, but the bank are not obliged to enter into any discussion or provide reason.” It adds that he should go to the ombudsman, a process that can take months.

Suddenly, however, the freeze thawed and Michael’s accounts were up and running again. He says: “I found out by accident, I wasn’t informed. No apology, no explanation and about half a dozen standing orders and direct debits not paid, although I am not being charged.”

Credit card mix-up
It all started when I had a large American Express (Amex) card balance of £7,200 due in June; we are having some building work done and I had overspent on materials. I’ve never been overdrawn or behind on any payments, but I’m now behind on all of them, including mortgage and council tax.

I had just over £3,000 in the bank, but I also needed to pay other bills so I decided to take out Barclaycard’s offer of a zero transfer credit card and paid £5,580 from Barclaycard to Amex on June 9. Amex was due to take out £7,200 by direct debit on June 20. What I should have done is to stop the direct debit to Amex straight away, I just assumed that they’d only take out the difference owed.

Instead, Amex took the full £7,200 out of my bank account leaving me thousands in the red. As soon as I realised I got in touch with Amex and asked for £5,580 to be returned. This was refused on the ground that it was money laundering, and Amex needed proof of where the money came from.
Shabbir Shah, north Chingford

Shabbir had, at the point of writing to me, already accrued £500 in fines from his Barclays current account overdraft. Then Amex started chasing £700 for the next month’s credit card minimum payment.

When I contacted Amex it admitted there had been a mistake. Because Shabbir transferred the money from his Barclaycard only a few days before his direct debit was due Amex took his monthly payment, and the credit. Unfortunately, when Shabbir asked for the money to be returned to Barclaycard, Amex sent it to the wrong bank account. This has now been resolved. A spokesman for American Express says: “Any interest that was accrued in this time has been waived and Mr Shah’s credit file is not adversely affected. A gesture of goodwill has also been offered to Mr Shah for any inconvenience caused.”

Recycling phone debt
I moved house and set up a new account with Virgin Media for broadband and phone. Everything seemed OK until I started receiving repeated calls from Virgin Mobile asking for a Stephen Smith. It transpires I have been given a recycled number against which there is a debt outstanding.

I called customer services at Virgin Media and was told that they would speak to the “collections team” to have the phone number removed from the account. The collections team refused to do so.
Nilesh Desai, via email

Before Nilesh got in touch with Troubleshooter, the only solution offered by Virgin was a new phone number. This would be hugely inconvenient, but also, he says, there are no checks in place to ensure that this would not also be a number with outstanding debts attached to it.

A spokeswoman for Virgin Media says its telephone numbers are reused after six months of being out of service. “Any debt associated with a customer’s account is their individual debt, it is connected to their account not to their telephone number and will therefore under no circumstances be transferred to a new customer.”

Although Virgin says it would usually contact the customer on an alternative number to pursue a debt, “on this occasion the customer hadn’t provided sufficient contact details”, which suggests an inherent problem with recycled numbers.