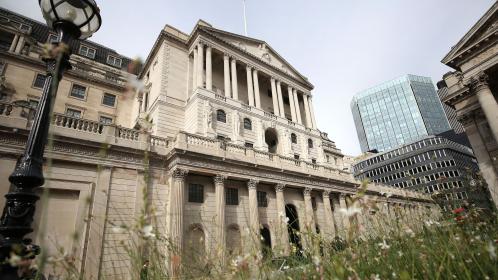 A split over interest rates has emerged at the Bank of England for the first time in more than a year — a sign that they may rise earlier than expected.

Kristin Forbes, an external member of the monetary policy committee, voted for an immediate quarter-point increase in rates to 0.5 per cent this month. It was the first dissent since July last year, when Gertjan Vlieghe called for a cut after the Brexit vote — a month before the rest of the committee joined him.

Sterling jumped 0.9 cents against the dollar to $1.2353 after the vote was published as traders took Ms Forbes’s decision as a sign that policy may normalise sooner than expected. Markets were expecting the first rate rise in the UK halfway through 2018 at the earliest, with many economists forecasting policy to remain unchanged until 2019.

The focus of markets is shifting to the Bank after the US Federal Reserve raised rates for the third time since the financial crisis this week, suggesting that the low-rate era is drawing to a close. Two further rate rises in the US are expected this year.

Ms Forbes has been signalling her concerns about loose policy amid rising inflation for some months but this is the first time she has voted for an increase in her three years on the committee.

Minutes to the meeting showed she believed that measures of domestically generated inflation, not only price pressure from the fall in the value of sterling since last June’s Brexit vote, had increased notably and the expected post-referendum slowdown in the economy had not materialised.

The Bank raised its forecast for growth in the first three months of the year from 0.5 per cent to 0.6 per cent, the minutes showed.

Charlotte Hogg, the deputy governor who resigned this week over undeclared conflicts of interest, chose to leave policy unchanged in her first decision. She is expected to remain in post until June, so is likely to vote twice more.

Minutes to this month’s meeting suggested that attitudes may be hardening towards inflation at the Bank. Policymakers have said they would tolerate an inflation overshoot above the 2 per cent target but their tolerance appears to be waning. Among the eight members who voted for no change, “some noted that it would take relatively little further upside news on the prospects for activity or inflation for them to consider that a more immediate reduction in policy support might be warranted”, the minutes said.

Elizabeth Martins, UK economist at HSBC, described the wording as “distinctly more hawkish” and said: “It does seem that the MPC’s tone has changed.” The May meeting could be critical, as the Bank will update its economic outlook at the time.

For the moment, the majority of MPC members believe that inflation will be short lived as it is due to the one-off effect of sterling’s 15 per cent collapse against the dollar.

Official wages data for January, released this week, showed average earnings growth falling from 2.6 per cent to 2.2 per cent. Ratesetters are concerned that growth may slow if consumers cut spending as high inflation eats into weak pay. The Bank expects inflation to rise to 2.7 per cent this year.

“Pay growth had remained subdued, consistent with the committee’s view that some slack remained in the labour market, and there had been some signs that the squeeze in households’ real income growth was feeding through into spending, as expected,” the Bank said.

Most economists had expected the vote on rates to be unanimous for no change. All nine members decided to leave the £435 billion quantitative easing programme and £10 billion corporate bond programme on hold.

The American economics professor was more hesitant about economic stimulus after the Brexit poll than the rest of the committee, voting against both the £60 billion of extra QE and the £10 billion corporate bond programme last August, and has been giving warnings about inflation for months.

Now, with the economy holding steady, she is voting to reverse the rate cut that she backed last year.
Her dissent will be welcome, coming at a time when the Bank is accused of groupthink, but this will only last for two more meetings. She is stepping down as an external member on June 30, giving her only May and June to persuade the others. Ian McCafferty is most likely to take up the baton.

Given her hawkish status, the Treasury’s choice of successor will be key. A doveish new member would change the complexion of discussion in the meetings and rob it of a contrarian voice.