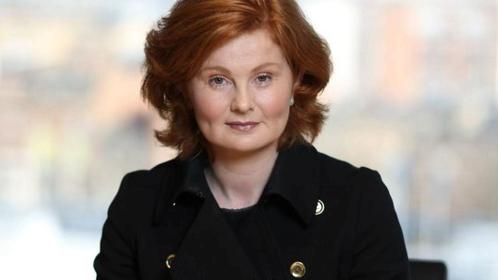 The Bank found that the credit union did not adequately investigate some members and that it failed to monitor and scrutinise transactions.

It did not adopt procedures to monitor compliance with the Criminal Justice Act, which was introduced in 2010, or retain some records required under the same act.

Derville Rowland, the director of enforcement at the Bank, said that the act required all credit and financial institutions to adopt policies to prevent money laundering and the financing of terrorism.

“Bray Credit Union currently has 26,886 members and is in the top 11 per cent of credit unions by asset size. The Central Bank is concerned that a credit union of its size and scale was found to have breached key anti-money laundering/countering of the financing of terrorism, requirements for such an extended period of time,” Ms Rowland said.

“The failure by Bray Credit Union to apply adequate identification and verification measures to members and to scrutinise their transactions meant that it lacked critical information to allow it to properly fulfil its obligations to monitor, identify and report unusual and potentially suspicious activity and created an unacceptable risk of money laundering and terrorist financing.”

There are more than 3.27 million credit union members in Ireland, with collective savings approaching €13.3 billion.

Bernie Robinson, the chief executive of Bray Credit Union, said that it had co-operated fully in the investigation and settled at an early stage.

“There is no suggestion that the credit union was in any way aware of or facilitated money laundering,” she said. “Bray Credit Union remains one of the strongest, most robust credit unions in the country. It has assets of €118 million, deposits of €98 million and loans of €24 million.

“It is business as usual for us and we currently have over €50 million available to lend.”

The Central Bank has been much more closely involved in the financial sector in the wake of the economic collapse. Rush Credit Union was put into liquidation last month after a number of irregularities emerged.

The Central Bank also imposed a record €4.5 million fine on Ulster Bank two weeks ago as part of a review of how tracker mortgage customers across the sector were treated.