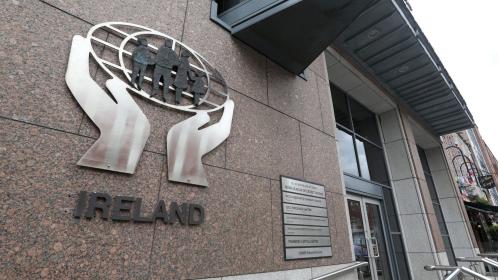 The Central Bank has expressed concern about the governance of several credit unions after it found numerous deficiencies during inspections.

The regulator discovered “a minimalist compliance approach” in an unacceptably large number of credit unions, with deficiencies identified across areas including due diligence and record keeping.

While some credit unions have embraced governance rules set down for the sector in 2013, many are yet to adopt the requirements, the Central Bank said, adding that it expected the regime to be “well embedded” at this stage.

It found a number of issues of concern, particularly in relation to credit unions failing to undertake due diligence on people fulfilling certain roles.

It is understood that fines will not be levied against credit unions that have failed to implement the fitness and probity regime, which is aimed at protecting members’ savings through improved governance standards. Unions will instead be expected to comply with actions set out by the Central Bank.

“The fitness and probity regime is underpinned by the principle that individuals who exercise significant influence and control in a credit union must be capable, competent and financially sound, with the appropriate skills, experience, knowledge and integrity to manage and govern the credit union.

“Where issues have been identified, the Central Bank will follow up directly with the credit unions concerned to address these issues,” a spokesman for the bank said.

The issue of governance in the credit union sector was highlighted late last year when a liquidator was appointed to Rush Credit Union amid fears it could face a “disorderly collapse” after the discovery of a €4.7 million hole in its reserves.

In its inspections, the Central Bank found a “tick the box” approach to complying with the fitness and probity regime in many instances. This approach was characterised by credit unions carrying out superficial due diligence in relation to hiring staff, with insufficient consideration given to matching a candidate’s skills with the role.

It was also found that in some instances there was a lack of evidence to support the qualifications of those in so-called controlled function roles and an over-reliance on “local knowledge” of candidates’ qualifications.

Furthermore, the Central Bank found no evidence in some credit unions that checks had been made against publicly available sources — such as the Central Bank or Companies Registration Office — to determine whether a candidate had previously been subject to disciplinary action or disqualification.

It was found that a number of credit unions had failed to establish processes for compliance with the fitness and probity regime. The level of compliance was better among medium and larger credit unions.

A spokeswoman for the Irish League of Credit Unions (ILCU) said that the organisation noted the publication of the Central Bank’s report and added that credit union staff are “fully committed to upskilling . . . to be the best they can be for their members”.

“With additional compulsory roles created within credit unions in recent times, such as risk, compliance and internal audit, and with all board members being now subject to fitness and probity requirements, the demand for training continues to rise,” she added.

The Central Bank’s inspections were carried out between June and October last year. It is unknown how many credit unions were inspected as part of the process.